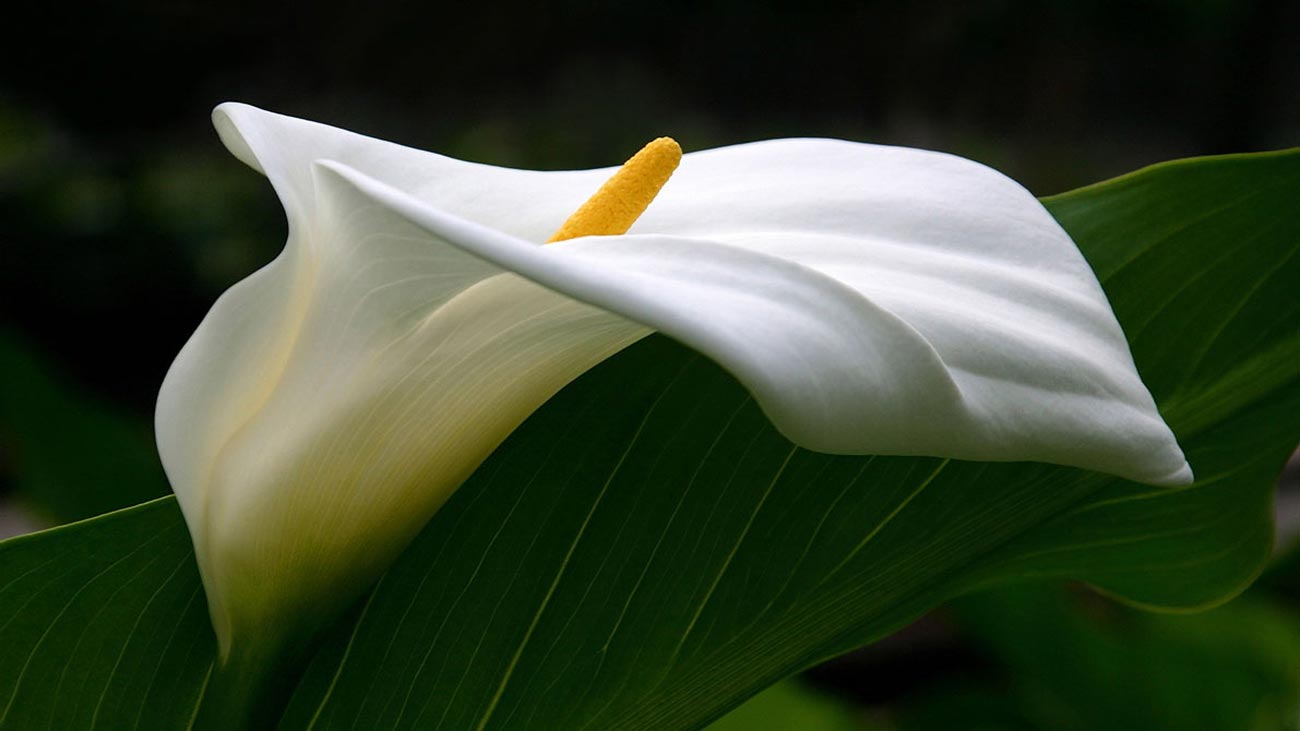 Different flowers have a different meaning and the Calla Lily signifies both rebirth and union. On the one hand, it is used in weddings as a sign of purity, but it also recalls the notion of resurrection and so is often placed on graves. The flower is attractive and beautiful, being used, on the one hand, in wedding bouquets and, on the other, in funeral arrangements.

Calla Lilies are originally from southern Africa. They are cultivated from rootstock and, once planted, keep their original form. They do not need too much care and are not sensitive to different soil types. They can grow in any kind of soil, as long as there is sufficient moisture.

This is a very attractive flower and the colour we see it in most often is white. But the flower is also found colours such as burgundy, pink, yellow, dark purple, and orange. In weddings the colour used is white, symbol of purity and of union. A bouquet composed of white Calla lilies and red roses is a very common preference.

In Greek mythology, the Calla lily is connected to the goddess Hera. The word in Greek means Calla Beautiful.

The legend goes like this. The Greek god Zeus was progenitor of Heracles (Hercules), by impregnating a woman of earth. When Heracles was born, Zeus wanted him to have divine powers. He drugged Hera, his wife, and let Heracles have access to her wet nurse. When Hera came to her senses, she was furious and pushed the baby to one side. While doing so, a few drops of milk fell on the ground, and these became lilies. Seeing these lovely lilies, Aphrodite (Venus) felt her own beauty was being challenged. She started to curse the flower and soon a heavy stem started to grow out of the centre of their beautiful bowl-shaped form. Callas Lilies are associated with the Virgin Mary, and symbolize purity and virginity. Here again, we see Easter and the Resurrection recalled. They are also connected to the Holy Cross and the Passion of the Christ, among other things. In the Victorian era, the puritans imposed restrictions on the use of impure words and since then, the flowers have been used instead to transport feelings of the heart.